Welcome to Omicron-Simtauri!
This is psychosim. I'm making space-themed stuff. Some simming friends have helped so far, and I hope this will become a bigger project! There's just so much stuff to be possibly created! I have founded this as a community, you're absolutely welcome to join the journey as an active creator!

For getting feedback, beta testers or team mates for joined creations there is Beta-Simtauri! :)

Now go forth and play where no one has ever played before!

I shared these recolors at Garden Of Shadows for a monthly theme and hope the defaulted versions will fit in here. To me, this furniture always looked like something from a failed space colony we tried to establish on another planet.

slig_lj and I planned this forever ago and all of a sudden it was two years later. Many thanks to them for their help, we shared textures and ideas and I hope we can collaborate again in 2018(?). Go get their very cool design-less counters and bubbleblowers! I sent them some early versions and umm Slig didn't know I would change my palette at the last moment... So I've done alternate bubbleblower defaults and recolors to match the final set :P

It just so happens that the last time at this spot I was talking about the Mars rovers. Guess what: Tomorrow will be the 45th anniversary of Lunokhod 1. On November 17th, 1970 that rover landed on the Moon and became the first radio-controlled robot on another celestial object. It's the great-grandfather of Spirit and Opportunity, so to speak. And now for something completely different! 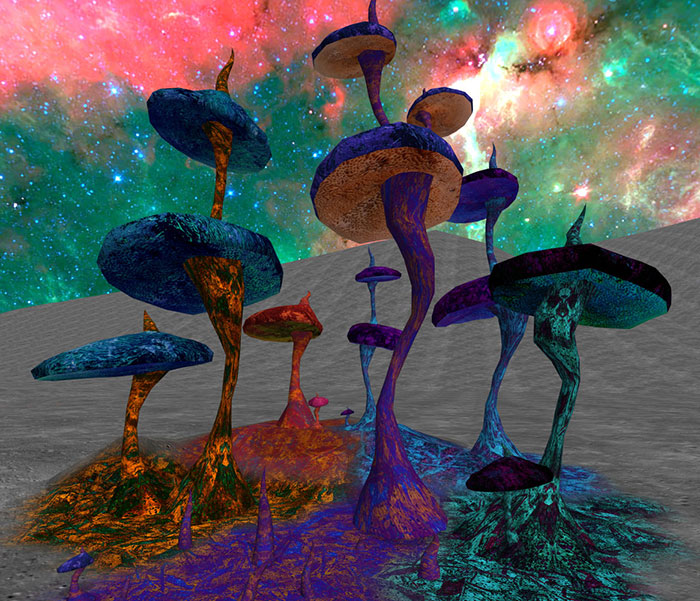 On July 7, 2003, Mars exploration rover Opportunity was launched together with its twin Spirit. It landed on Mars on January 25, 2004. While Spirit, after exceeding its planned mission time by far, got stuck in 2009 and hasn't communicated since 2010, Opportunity soldiers on to this very day. That's almost 11.5 years now since it landed! It is currently holding the record for the longest distance travelled on Mars or Moon, having 26.33 miles (42.37 kilometers) under its robotic belt. More updates here.

After getting a request for a pink terrain I made a whole bunch of different colour options with cliff and beach defaults to match so you can go crazy with combinations! :D 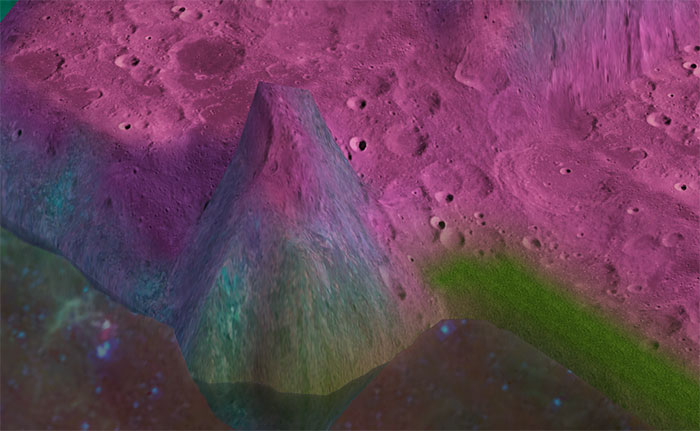 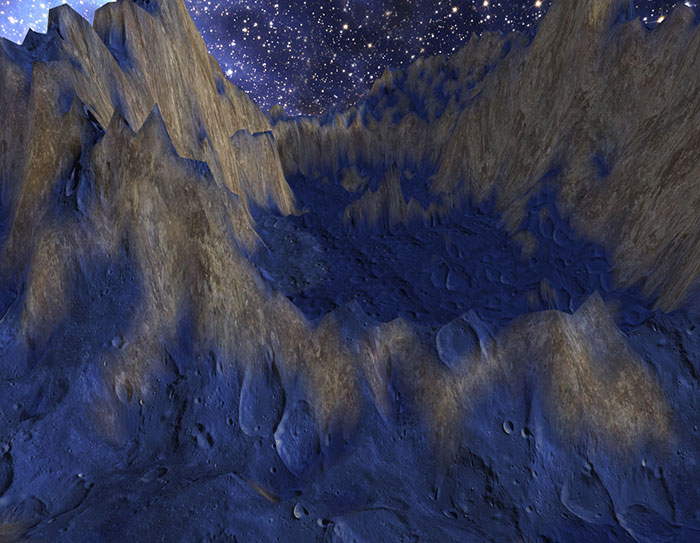 By request, here's a default replacement for the lush terrain with teal grass and pink sand. This time I mixed it up with some more lively grass textures from CuriousB's terrain, which creates a nice contrast between a habitable area and a less friendly wasteland around it. Even though in this case the wasteland looks rather cheery. :D 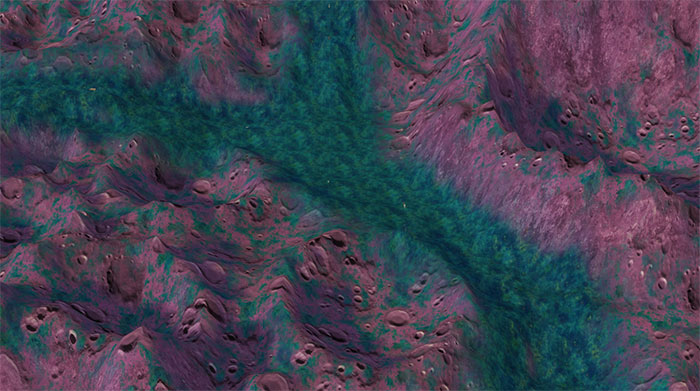 On May 20, 1961 the first man-made object came near Venus. Space probe Venera 1 passed the planet in a distance of 100,000 kilometers. Sounds not like much, but we're talking about traveling a distance of about 40 million kilometers with a broken orientation sensor heading for a planet that's no bigger than Earth and moving.

Today I bring you a much needed update for your space explorers: Astrosuits and -helmets! Did I mention that they come for all ages? Toddler astronauts! Our sweet Ja made that happen! :) 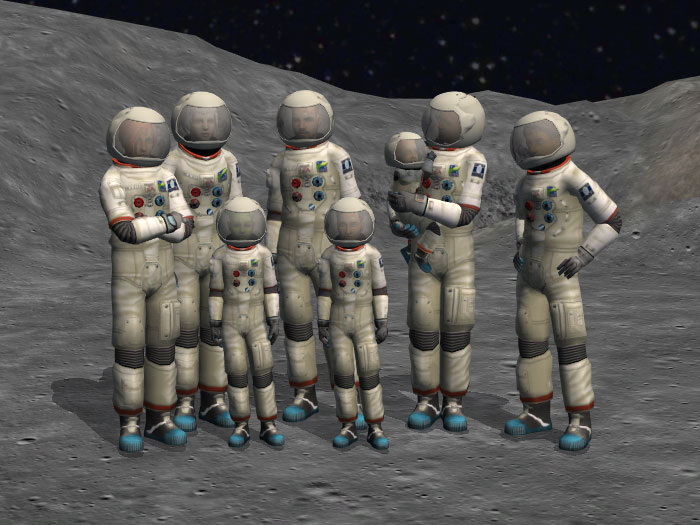 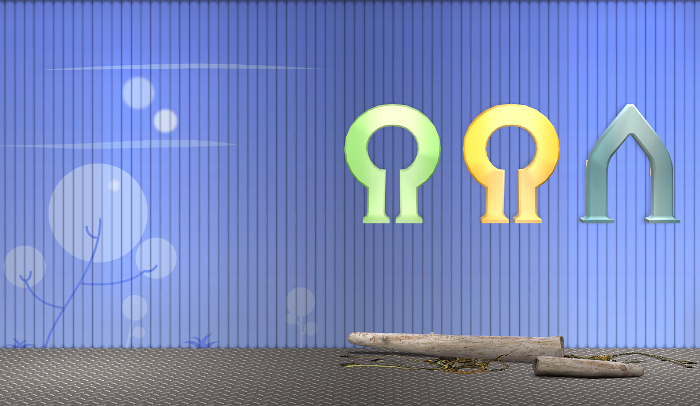 These aren't as creepy-fabulous as the ones

psychosim is working on but I saw a pink trees request for someone's spacey Strangetown and I needed some myself.
They're all under the flora section and can be placed in lots, on roads and in water (the scrub oak looks pretty cool underwater). I think they're base-game and please let me know if there are any problems. 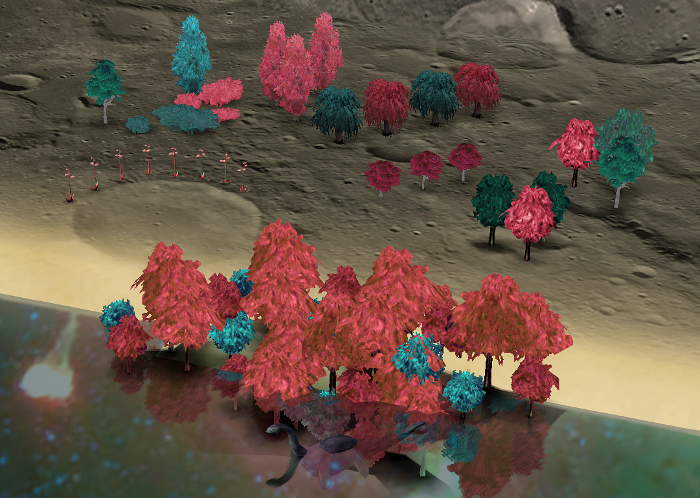 It's Yuri Gagarin's birthday, the first human in space! Born on March 9, 1934, today would've been his 80th anniversary. Unfortunately he died young in a plane crash in 1968, only 34 years old.

While he was the first human to leave Earth, I offer you something to keep your space sims safely grounded. Remember that wooden deck with flimsy posts underneath? I replaced that with something more durable. 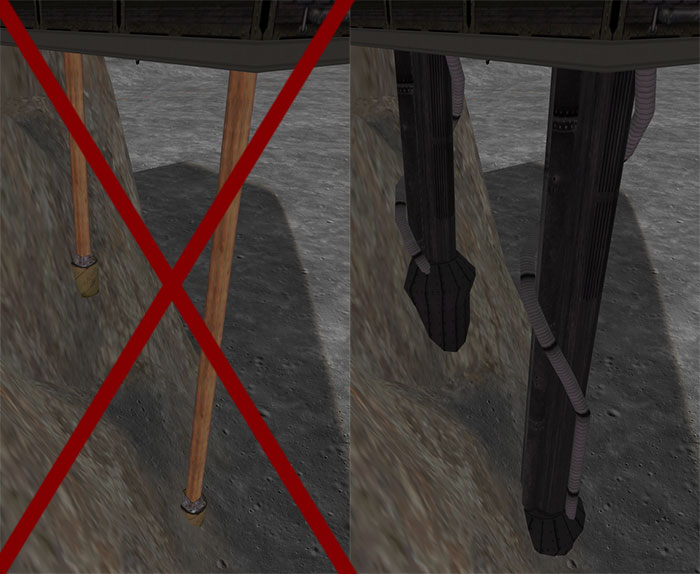