On February 17th 1998, 16 years ago, Voyager 1 overtook Pioneer 10 as the most distant man-made object from the Sun. These days it's leaving our solar system and entering interstellar space. You may want to say I missed the correct date of the anniversary, but everything is relative in space. You see, the last light we Earthlings attributed to February 17th won't reach Voyager 1 until tomorrow morning. Yes, even at the inconceivably fast speed of light it would take us almost a day and a half to catch up with it, that's how freaking far away it is already! As another reference, from Sun's surface to Earth it takes light only about 8 minutes and 20 seconds.
After my new sky sphere put space over our sim's heads, it's time to put space under their feet, too! :D 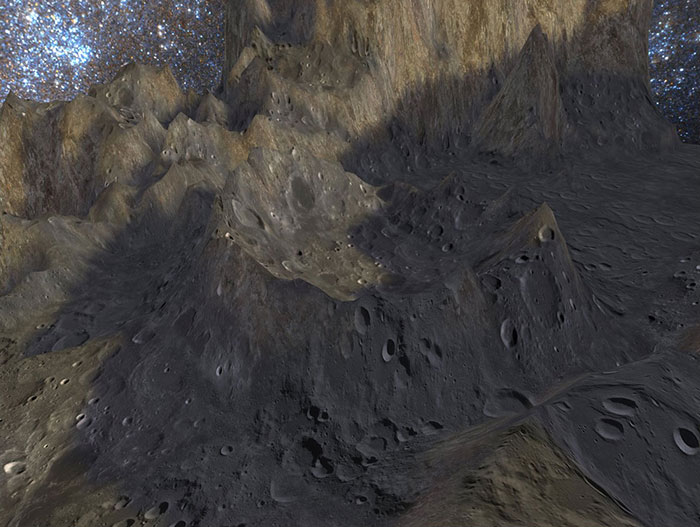 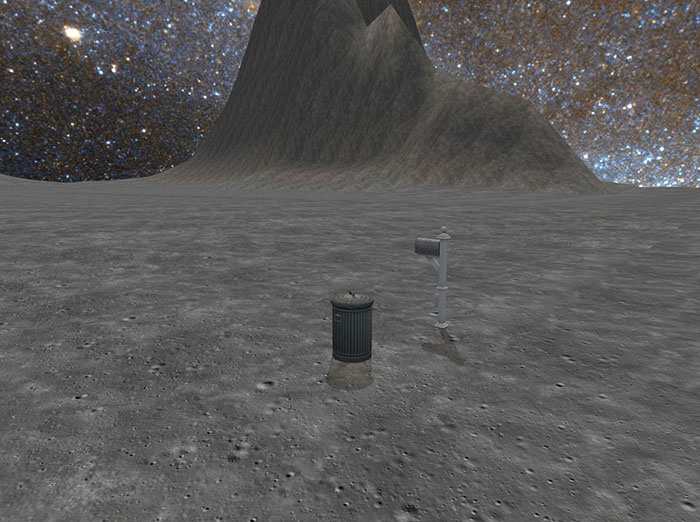 These terrains are a mix of several actual photographs of our Moon. I think I got the majority of them from Wiki Commons, in the end most of them originate from the NASA, of course.
Until I come around to proper replacements for neighbourhood traffic and street signs I recommend using Hexameter's no traffic and my invisible stop signs mod. 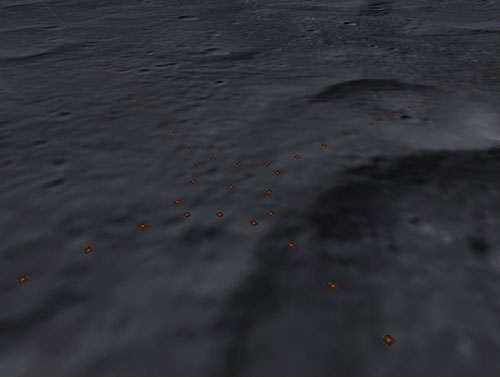 The roads are reduced to futuristic lines of lights, that makes them very subtle and practically invisible from a moderate distance. I think this is perfect for BACCs: You can have a full grid of streets big enough for the end result without it looking weird while you start out small. On a side note, space colonisation is the perfect setting for a BACC (Build A (Space) Colony Challenge ;)), and asylum challenges, too. Subtle roads make placing lots a bit tricky, though. I recommend switching to night time so the ghost cars' lights give you a better idea.

The grey Moon terrain replaces the lush/temperate terrain (that one has the greatest variety of textures).

Next is a replacement for the desert terrain, coloured after the pictures we got from Mars. 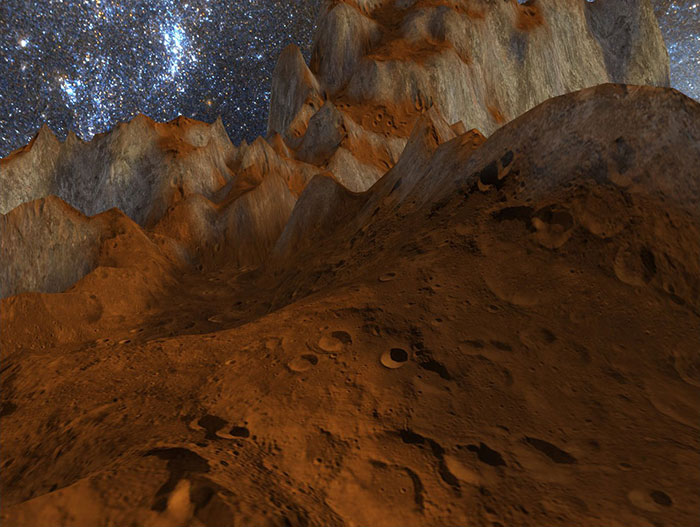 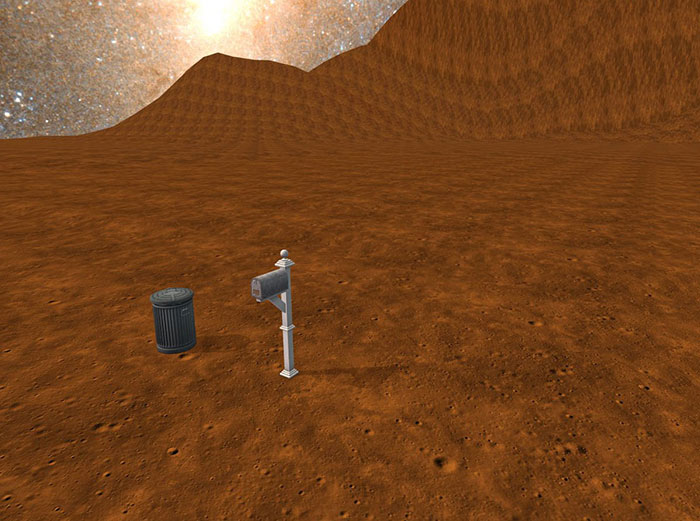 I hate how limited the textures are in lot view. :|